Skip to content
Latest Posts:
How to replace multiple strings with their corresponding replacement strings in Scala
How to make the first character uppercase of each word of a List in Scala
How to separate even and odd numbers in a List of Integers in Scala

In this post, we will look at a C program to find whether a given input is a palindrome or not.

Palindrome: A palindrome is a word, number, or another sequence of characters which reads the same backward as forward.

To find whether an input is a palindrome or not, we need to apply the logic as below:

Here is the C program: 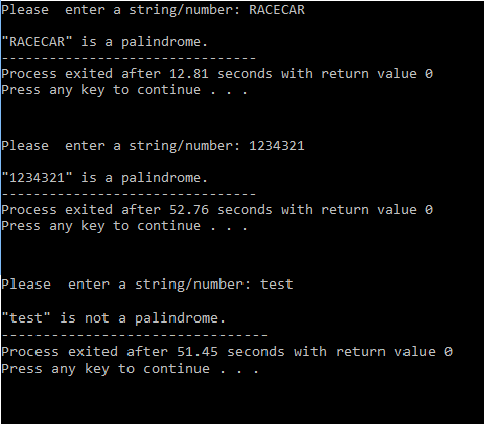 Please leave a reply in case of any queries.